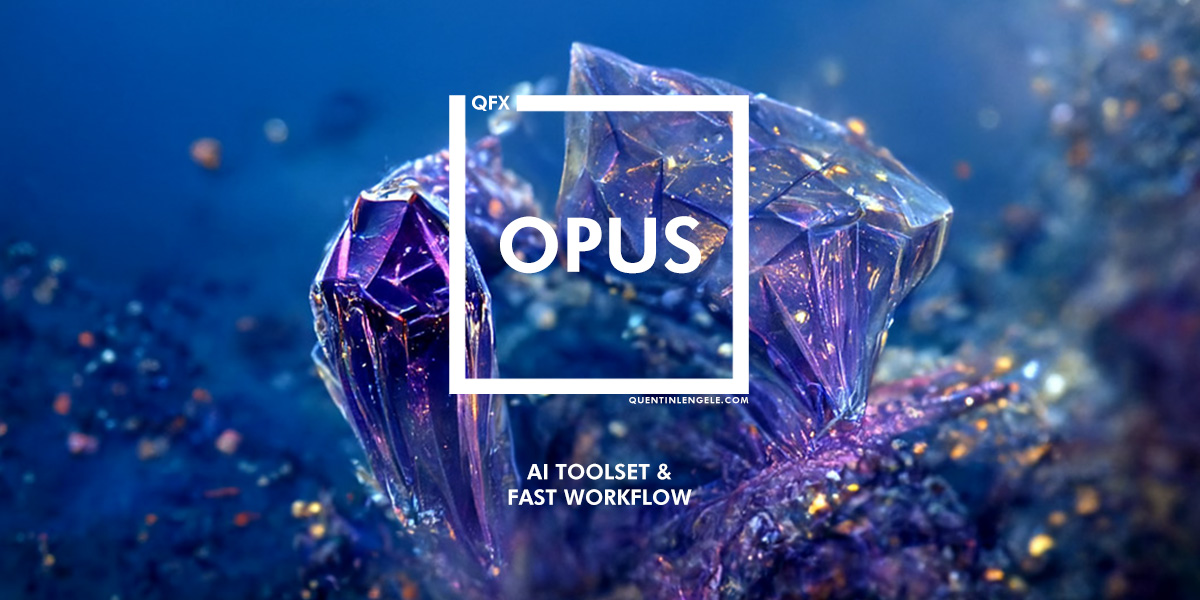 Opus is a Python+JS+MySQL toolset I created to be able to iterate faster with both Disco-Diffusion and Stable-Diffusion models and samplers,… up to 4 GPUs drawing at the same time.

Playing with these amazing Python libs is so fun and I managed to get DD 5.6 and SD 1.4 working on the same environment.

It’s quite handy to switch from one sampler/model to another. Kill the process you don’t like. Restart it with the same parameters + a few changes. Reorder your outputs by category, keep track of everything in a well structured database. Here is a short preview:

The app and tools are running on Python but I created a nice Web UI to control the workflow easily.
The interface is mobile ready so I can start rendering order from anywhere. 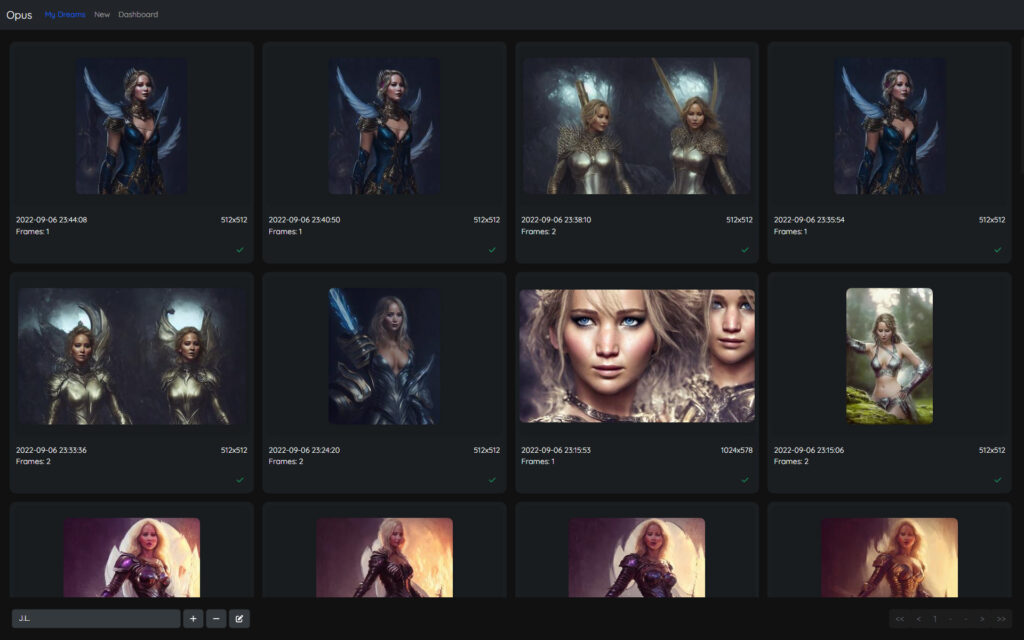 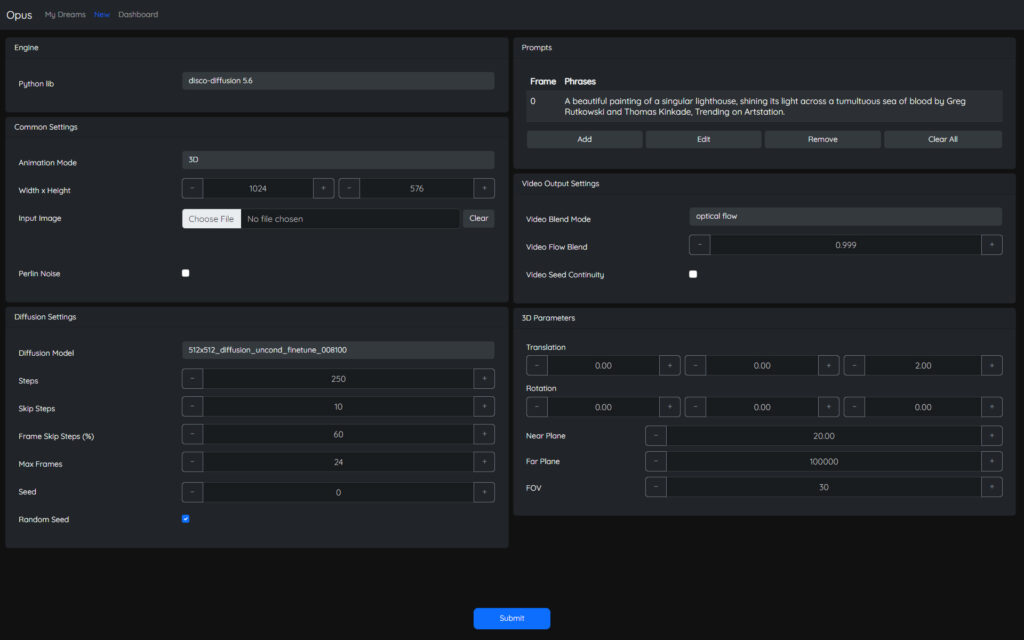 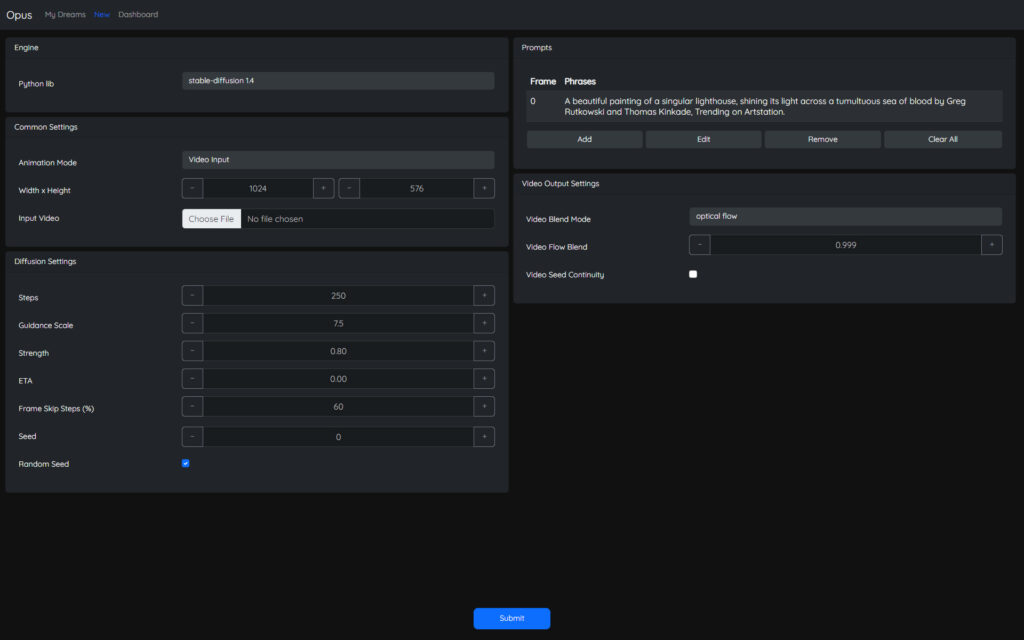 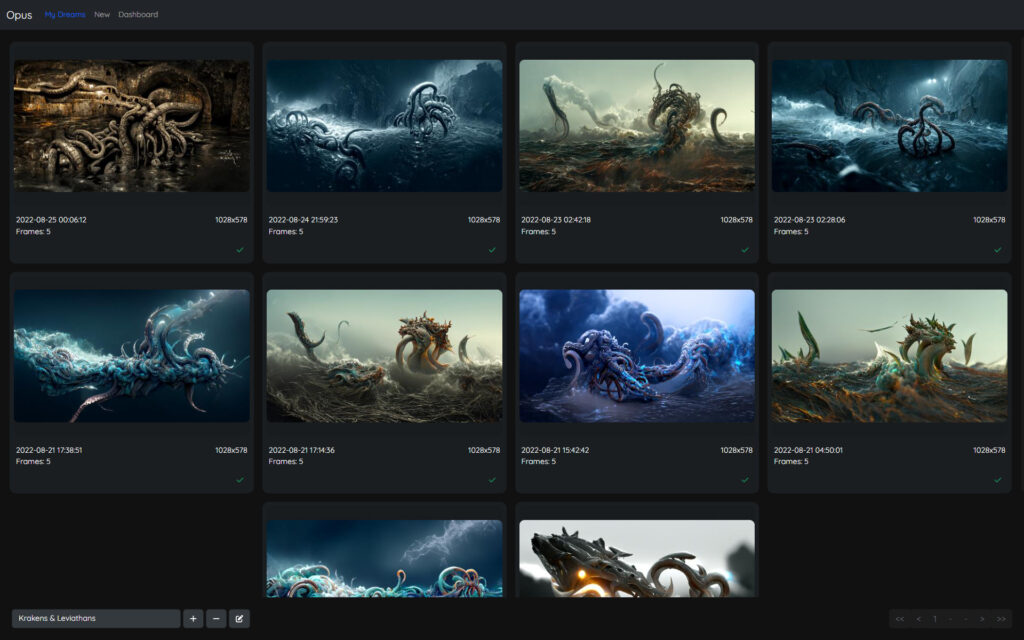 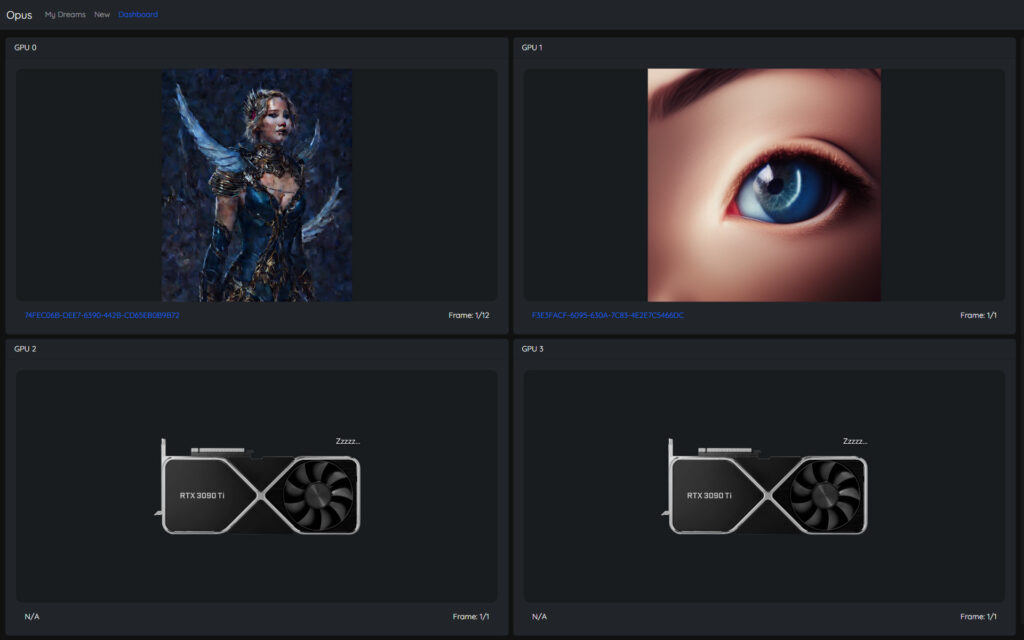 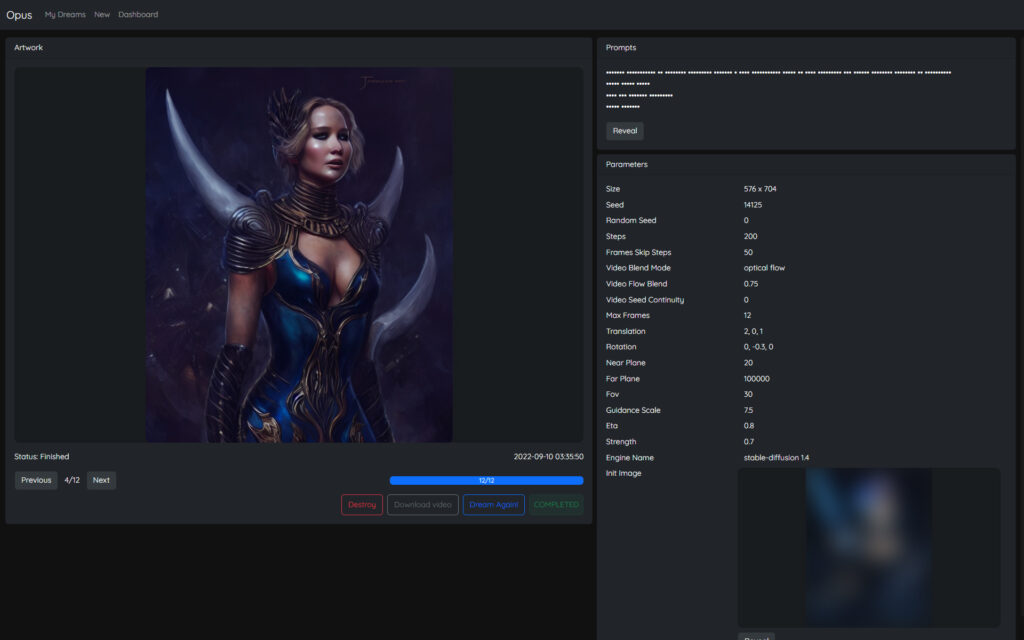 Animation mode like “Video Input” or “3D” is also now working with SD (I managed to port PyTorch3D and MiDaS model). Even if I still have a few issues with pytorch3d results, here are some samples:

This is a very first attempt to create an opening with AI generated imagery + topnotch music from my friend Georges Petkidis.

Another animated AI artwork but this time for a super cool collab,… with Julia Kent and Yann Berthin Rith Banney.
Full Track: open.spotify.com/track/2kzzfrQoFxK0Cdd8VhR4TX

The first sample is an animated version of the most “hello world” prompt: “Singular lighthouse, shining its light across a tumultuous sea”

The second is a test about 3D motion and transitions with PyTorch3D.

It’s quite a problem to use some simple sequencer logic on extracted video frames with the current stochastic_encode method from the ddim sampler (from SD) because you have to lower the sampling strength too much in order to keep the previous video frame in good shape. But then, you can’t have too many nice unexpected details… However, I hope I can improve this later ^^